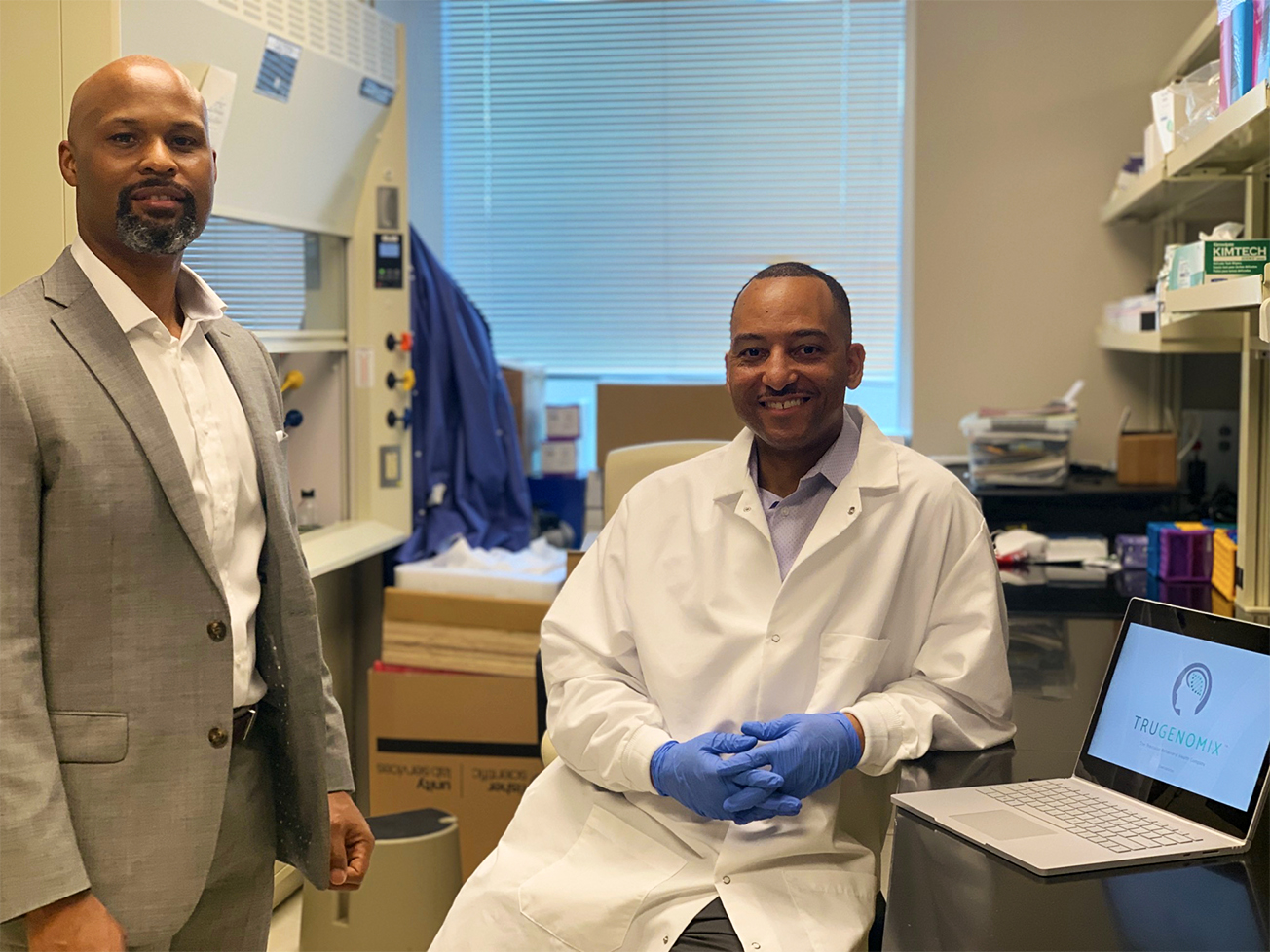 As a veteran-owned business, TruGenomix’s founding mission of improving the lives of U.S. military service members and veterans remains at its roots. With a vision of bringing behavioral health into the 21st century, TruGenomix is advancing the diagnosis of post-traumatic stress disorder (PTSD) through leveraging genomic and machine learning technologies.

The company’s patented genomic test, TruGen-1, utilizes next-generation sequencing (NGS) technology combined with a highly-specialized and curated panel of genes to identify individuals at higher risk for developing PTSD. TruGen-1 is a cornerstone of the TruGenomix Platform which aggregates health data from the genomic test and other sources to broaden clinicians’ behavioral health insights continuously using machine learning and artificial intelligence. Similar technologies are used to advance the diagnosis and treatment of other diseases, including cancer.

Current global public health events such as COVID-19 and an evolving behavioral health landscape have revealed a vast number of non-military and non-veteran populations who could also benefit from advances in PTSD diagnostics and treatment platforms. Guided by a calling to serve, TruGenomix has expanded its mission to encompass a broader range of populations, including:

According to the World Health Organization, prior to the COVID-19 pandemic, 700 million people around the world were estimated to suffer from PTSD; many continue to go undiagnosed and without treatment. Fortunately, mental health stigmas, diagnostic capabilities, and treatment options are finally changing, thanks in part to the dedication of TruGenomix.

In 2017, inspired by their work at the Defense and Veterans Brain Injury Center and the U.S. Department of Veterans Affairs, two veterans and a scientist coalesced their visions seeded in service around the urgent need for 21st-century innovation in behavioral healthcare. Drawing upon their decades of experience in biomedical technology, public health, and molecular biology, TruGenomix’s founders took aim at the mental health crisis that results in 21 veteran suicides each day. With the expertise of partnering scientists such as Dr. Rachel Yehuda from Mount Sinai and Dr. Florian Holsboer from the Max Planck Institute of Psychiatry, and with guidance from the Illumina Accelerator, TruGenomix developed the first-to-market, patented genomic biomarker assay to identify PTSD risk in 2018.

Veterans on a Continuing Mission: Saving Lives as Impact Entrepreneurs

Social impact founders are often motivated by deep personal drive, but can face especially tough startup challenges due to the difficulty of the problems they tackle—after all, if changing the world were easy, everyone would do it. The startup journey of TruGenomix offers key lessons for other social entrepreneurs working to build impact companies that solve complex global challenges.

The scope of experience of TruGenomix’s executive team spans nine decades and several fields, including military service, medicine, and federal research and development. The team has garnered numerous awards, ranks, titles, and accomplishments, ranging from captain to engineer, Purple Heart recipient to medical doctor, virologist and immunologist, 9/11 responder to Iraq War veteran, and Ph.D. to Homeland Security Public Health Officer amid the threats of SARS and anthrax.

With a team that delivers so much professional depth, unique qualification, and timely knowledge, any investor aware of PTSD and the current mental health climate amid COVID-19 also knows to pay attention to TruGenomix.

Building a powerhouse team is a huge asset to any startup, but it is especially critical for an impact company solving a complex challenge that requires deep professional expertise.

Investors value founders and executive team members' resumes, as they offer key performance indicators through a career’s trajectory and illustrate the types of problems a founder already knows how to solve. The TruGenomix team’s collective work inspires confidence in spades and paints a picture of professionals uniquely qualified and personally motivated in their mission:

It was my job to protect my team from the environmental hazards after 9/11, but we were not prepared for the hazard of mental trauma the first responders would endure at Ground Zero. Just like the smoke and ash, the extreme mental trauma would contribute to both  physical and mental illnesses that many first responders still suffer from today. For me, this experience illustrated in stark terms why understanding PTSD and other behavioral health disorders is so important. First responders, military service members, and others on the front lines sacrifice so much to protect us. They deserve diagnostic and treatment options that will protect them.

Serving veterans with neurodegenerative diseases for nine years at the VA regularly revealed the physical and emotional toll that trauma takes. PTSD is a very real condition that our veterans face. It is not something that is just “in your head”—PTSD is identifiable within your DNA, and we have the tools today to test objectively for it.  Seeing the devastation that undiagnosed and untreated PTSD can bring to veterans, civilians, and their families alike, I have a passion for accessing  the power of genomics to create new and more accurate ways to screen for PTSD.

My time serving in the Army and my research on women’s health in our military have shown me the importance of provisioning equally for all of our soldiers—and that sometimes means accounting for needs that differ between male and female soldiers. Current research suggests that women are at a higher risk of developing PTSD than men, but it is not until we have an objective way to gauge underlying biological differences that we will truly be able to see past biases and develop tailored treatments. TruGenomix’s genomic assay for PTSD will open the door to precision medicine for behavioral health, like we have for cancer. In 2018, TruGenomix joined the seventh cohort of the Illumina Accelerator, a seed-stage accelerator program designed specifically for genomics startups.

The biotech-specific seed accelerator experience proved invaluable, as the immediate access to Illumina’s world-class expertise in bioinformatics and genomics rapidly pushed forward the startup’s early product development progress. The TruGenomix team developed its screening tool throughout the program, fully leveraging Illumina’s industry-leading expertise, as well as the latest next-generation genetic sequencing techniques, to maximize the scalability of their solution.

For a deep-tech startup like TruGenomix, finding a targeted small-batch seed accelerator program like Illumina proved hugely beneficial to early product development. Counter to the notion of the founder so defensive of their IP that they lock their venture into “stealth mode,” this impact company led by industry experts did the opposite: while TruGenomix’s founders were biomedical professionals themselves, they also recognized the value in reaching out and benefiting at the earliest stages from outside, deep industry-specific expertise.

TruGenomix recently partnered with Sanford Health, an investor in its current seed funding round, to complete the validation studies of the startup’s blood test for PTSD biomarkers. Sanford is an extensive healthcare network based out of South Dakota, with the distinction of being the nation’s largest rural nonprofit healthcare system.

Sanford Health is also partnered with the U.S. Department of Veterans Affairs through the Pharmacogenomic Testing for Veterans (or ‘PHASER’) program, which provides free genetic testing to veterans at no cost to them or to taxpayers. These types of institutional partnerships can be critical, as CEO Charles Cathlin notes:

Among the greatest challenges in biomedical go-to-market is the amount of validation across regulatory channels—this quality of validation and the amount required by FDA and other agencies is hard, but not cutting corners is the key.

TruGenomix’s partnerships and investment momentum in their validation studies with Sanford Health gesture toward the health system’s eventual adoption of the PTSD biomarker test. Innovations like TruGen-1 are quickly becoming industry standards; today, Sanford Health offers patients testing via the ‘Sanford Chip,’ a standard blood test that has delivered answers to more than 10,000 Sanford patients about their predisposition to diseases or reactions to certain medications—all for less than $50. In more than ten percent of cases, the pharmacogenetic data led to an actionable finding, informing providers’ prescribing decisions.

It is not hard to imagine how blood testing for PTSD biomarkers could enable mental healthcare providers to spot patient risks early and intervene before the worst of PTSD symptoms are allowed to develop undiagnosed. Given the linkage between veteran PTSD and suicide, as well as the linkage between PTSD and suicide in general, it is heartening to know this advancement could quickly help medical professionals take the precautionary steps that ultimately translate into lives saved.

Partnerships like the one between TruGenomix and Sanford Health demonstrate how a lean startup offering an innovative solution can leverage power and connections with an institutional leader—like Sanford’s association with the VA’s ‘PHASER’ genetic testing program—and unlock greater opportunity to push a venture forward.

The team at TruGenomix is well positioned to make an impact, and has the advantage of a two-pronged go-to-market approach. TruGen-1, TruGenomix’s patented genomic biomarker blood test (LDT) for PTSD, will hit the market first through their collaboration with Sanford while the startup’s diagnostic aid navigates the FDA approval process.

END_OF_DOCUMENT_TOKEN_TO_BE_REPLACED 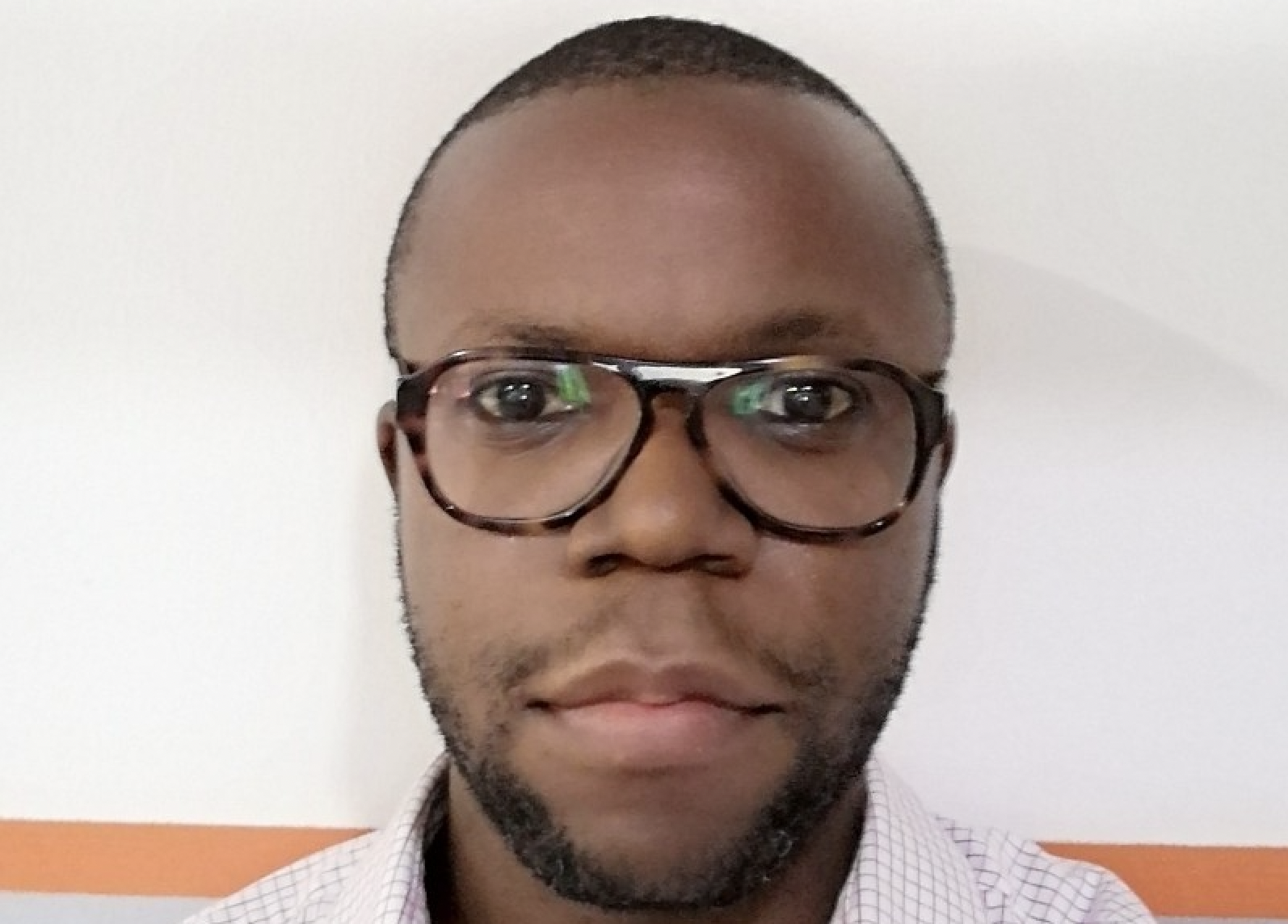 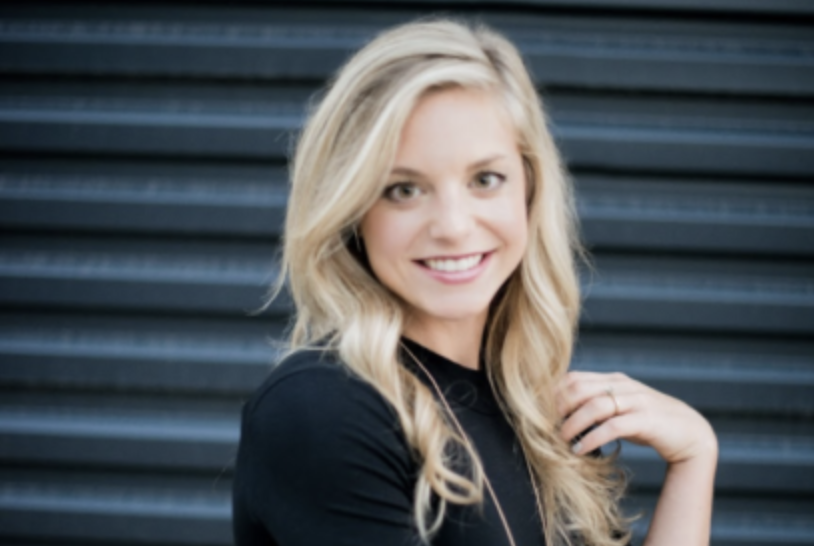 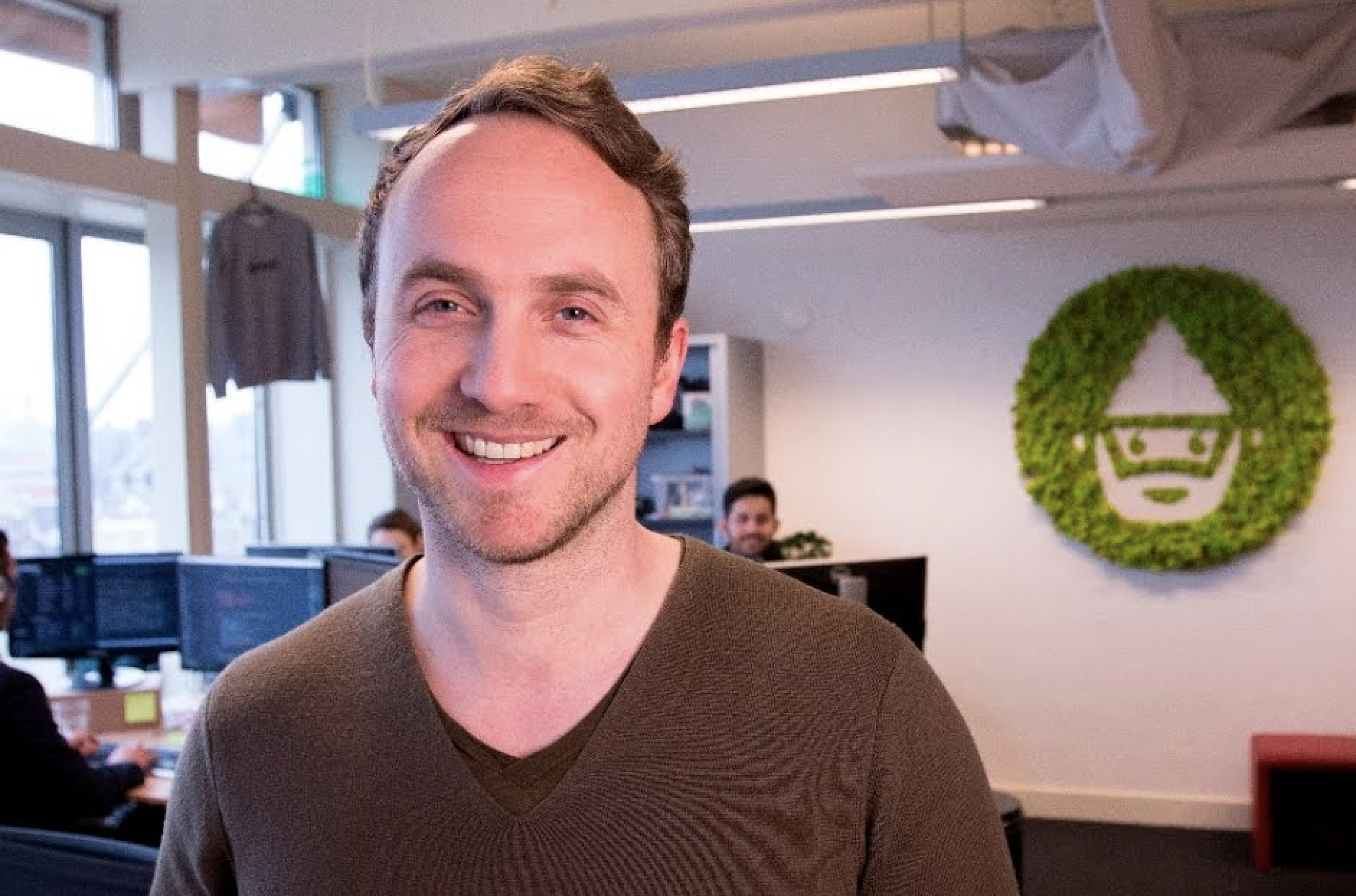