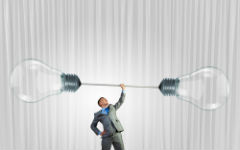 So much has been written about the traits and skills one must have to be a successful entrepreneur that it’s easy to forget that sometimes it is the little things in life that lead to the greatest success.

In Entrepreneur Habits, we provide you with simple yet effective habits that any fledgling founder can employ in their daily -- or nightly -- routine. With advice from top entrepreneurs and innovative practitioners, these creative customs can help put you on the path to progress.

In this post, we dive into three key exercise habits that many successful entrepreneurs employ to keep them on track to improving themselves and their businesses. Exercise is an activity that is often overlooked in the world of business, as many entrepreneurs believe that in order to have a successful company, one only needs to have a successful work life. Not according to the experts. Whether you are an aspiring founder or an established entrepreneur, here are some helpful habits that you may want to add to your routine.

1) Exercise in the morning for the most benefits

Getting your workout done while most people are still sleeping can be one of the best things you do all day. In an article titled "Fitness for the Entrepreneur" by Casey Rosengren, the University of Pennsylvania outlined a study conducted with NASA employees, which compared the productivity between employees that exercised regularly and employees who didn't. The study tested how employees performed after 7 hours of work, and those that exercised on regularly performed 50% better in the later hours of the day than the ones that didn't. For entrepreneurs, having to do your best work through 12 hour days on a regular basis can make a positive impact on your success.

With energy levels being highest in the morning, it's best to get your workout done early as you're more likely to be productive. Just ask General Electric CEO Jeff Immlet. According to a Business Insider article by Gus Lubin titled "29 Successful People Who Wake Up Really Early"

Immelt gets up at 5:30 in the morning every day for a cardio workout, during which he reads the papers and watches CNBC, he told Fortune. He claims to have worked 100 hour weeks for 24 straight years."

In addition to waking up early to work out, creating a consistent routine is another habit that many successful entrepreneurs do. If you want to start your own routine, start small by gradually adding new healthy habits over time. In an article titled "An Entrepreneurs Fight to Stay Healthy" by Travis Johnson, co-founder of Food Junky remarks that

Exercise should not be difficult to fit into your schedule. Becoming more active is about making small choices every day. These changes can be implemented immediately and quickly add up.”

According to exercise studies, it takes about 66 days to get used to your routine. Basically, in just over two months, you can establish a healthy, active routine that can work wonders for the well-being of yourself and your comapny. What's stopping you?

3) Use exercise as a creative outlet

As exercise can release endorphins, which can make you feel good and relieve stress, it can be beneficial for entrepreneurs to use as a creative outlet. Since working long hours on projects can lead to a slump in creativity, exercising can be an effective way to think up innovative solutions.

In the "America Express Open Forum" post by Elaine Pofeldt titled "5 Daily Habits of Successful Entrepreneurs" Scott Cullather, CEO of inVNT stated that his exercise time is one of the best times of his day

It’s amazing to me how many creative ideas have come to me during these long runs in creative solitude. Not only does it give you the physical endurance to work 18 or 20 hours a day and travel around the world but it helps stimulate your mind and your thinking.”

END_OF_DOCUMENT_TOKEN_TO_BE_REPLACED 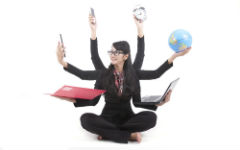 The Work Habits of Successful Entrepreneurs

The Eating Habits of a Successful Entrepreneur 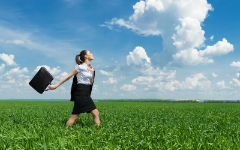 The Weekend Habits of Successful Entrepreneurs