Like it or not, most of the current startup and VC landscape was historically built and grown primarily by white men—finally in recent years, these VCs and founders have begun to be challenged by the wider public on their lack of overall diversity. Many investors claim to be changing their ways—but accountability will ultimately be measured up by results.

African Americans have inarguably been among the most marginalized and discriminated-against of all racial and ethnic minority groups in the United States, and still too often face inordinate barriers today—VCs in the U.S. who espouse to care about diversity need to invest greater priority and dollars in black entrepreneurs.

This certainly isn’t too much to ask, because VCs are starting from such a low point today – truly, the only place to go from here is up. According to Pitchbook citing a Harlam Capital report in 2018, “just 105 companies with black or Latino founders have raised rounds of $1 million or more since 2000.” And according to CB Insights, black founder funding rate was 10X below demographic equity, citing "In 2015, only 1% of funded startup founders were black, but made up 11% of the overall US population.” The myth of the ‘pipeline problem’

The initial defense that comes from the mouths of the managing partners of most lily-white venture fund portfolios, is to claim their firm isn’t investing in diverse founders because they “can't find any.” This notion is what is known as the so-called ‘pipeline problem.’ While that excuse was never a great one, its validity has evaporated completely in recent years.

In reality, there is no real 'pipeline problem' in the availability of talented black founders today.

The truth is that, despite their being under-funded, underrepresented women-owned businesses are the fastest growing demographic for new business creation in the United States today. According to an American Express report, black women remain the fastest-growing population of entrepreneurs in the country. Other reporting including by Faces of Founders confirms these trends, saying,

Women of color are starting businesses at an outstanding rate. Between 2007 and 2018, the number of Latina-owned firms increased by 172 percent, a larger increase than any other minority group. The number of Black-women owned firms rose almost as high, at 164 percent.

The positive business creation trends go beyond minority women founders though, too. Even through the earliest years of recovery following the economic crisis, black entrepreneurs overall also outperformed. According to Inc,

The number of African American-owned businesses in America has ballooned, increasing 37 percent between 2007 and 2012, when the U.S. Census Bureau last tallied the nation's black-owned businesses at 2.6 million.

Venture firms and investors who still claim they cannot find racial minority entrepreneurs to invest in today, are clearly not looking hard enough - talented black founders are only growing in numbers. So while trends have recently begun looking up, venture capital firms still need to do much, much better—if not for any noble reason, at least because it's good for business.

Consider the fact that by 2044, the overall U.S. population is projected to become majority-minority. According to this Forbes report, that lack of representation could become a major liability for VC firms,

With only 2% of African Americans in senior positions at venture capital firms, misrepresentation is creating a growing industry of investors who don’t align with present-day consumer and business interests. Increase alignment and diversity of perspective to increase your ability to predict success.

Other reporting confirms the vast underrepresentation of racial minority talent within VC firms. A 2015 report by TechCrunch has a handy quick graphic illustrating the racial hiring disparities, including at different management levels, across venture capital on average as well as leading big-tech firms:

So if there is any pipeline issue at all, it is broken at recruitment, not at the level of incoming talent. The clog in the pipeline is in the expectations we place upon one another in America. Founders not fitting into investors' preconceived notions for what a stereotypically 'successful entrepreneur' looks like, whether conscious or subconscious, only continues to result in the "othering" of minority founders.

We in the innovation ecosystem can all do better, by being more intentional in the ways that we value startup talent, and particularly value the diversity of people around us professionally. The richness of our diversity is among our greatest strengths as a nation, and most Americans can each do a little better job personally of working to actively appreciate it. Venture capitalsists can do even more than appreciate diversity though: they can help to correct the funding disparities.

The challenge that venture capital firms face is to start actually making the changes that they know can push the industry in the right direction: bring new black partners into the venture firms, and ramp up investment in emerging black entrepreneurial talent. In the same report, Harlem Capital managing partner Henri Pierre-Jacques told PitchBook,

There is a strong correlation between the race of investors and founders, so there needs to be both upward mobility at top firms and separate funds managed by black GPs. This is part of the reason Andreessen Horowitz recently removed the founder requirement for partners. If black founders aren't getting funded then there is a smaller pool of black investors who can move up the ranks.

By funding black entrepreneurs more equitably, all of American society will benefit dividends from increased economic and social activities and growth, exchange and richness. We know how to identify the barriers, even tricky structural and subconscious barriers and biases, and we can be intentional in building the systems to counteract those effects and lower the barriers.

Research shows that the barriers black Americans face are endemic and structural. Therefore, the most critical solutions to the racial disparities in startup funding, are for investors and firms to prioritize the big opportunities that exist: they must hire and fund top black talent at levels of multiples higher than they are today on average, period. Big tech in general can also do the same, and continue to improve on diversity in hiring and promotion of talent.

Bringing black talent in-house creates real representation, and is the surest way to start overcoming the structural barriers that may, in fact, be based in subconscious biases. According to Forbes, Ross Baird, Founder of Village Capital, took an interesting approach to combating investor bias, by implementing what they call the "Peer Selection" process - crowdsourcing diversity from their own portfolio's founders, saying,

The belief is that entrepreneurs are better at equitably identifying good deals in comparison to traditional investors.

Partner of the Founder Institute, Loyal VC, also recently published about their own double-blind methodology for portfolio selection in a Harvard Business Review article titled, "How the VC Pitch Process Is Failing Female Entrepreneurs." Loyal VC's same method of 'ditching the pitch' to eliminate gender bias in initial founder face-to-face meetings, would similarly help eliminate racial biases the same way, regardless of whether those biases are concious or unconcious in those who hold them.

WIRED Magazine recently published a report on the strength of black entrepreneurship in Atlanta. Atlanta can teach tech a lot about the of cultivation black talent. The city is rich in opportunity for black young professionals, despite their being largely underrepresented in the tech industry overall. But Atlanta is now poised to become a hotbed for AI innovation—so, what is Atlanta doing right?

First, the industry opportunities in Atlanta are coming through a structural system that deliberately cultivates talent: Atlanta is home to many diverse universities and institutions, including Georgia Tech, Emory, Morehouse, and Spelman. The city also has heavy black talent representation in industries from filmmaking to journalism, technology, shipping, and logistics. Accoring to the WIRED article, the root of these structural barriers that many black founders face are of social in nature,

The diversity and pipeline issues are more social than technical in nature.

So it is important to continue elevating the profiles of successful black entrepreneurs and leaders, because individuals cannot achieve for themselves what they cannot imagine becoming themselves. In an article self-published on Medium, Harold Hughes, a black American founder & CEO of Bandwagon (an FI Greenville portfolio company), wrote about his struggles to find the right types of entrepreneurial role models for himself as a young man, saying,

I found myself grasping for icons and role models that weren’t athletes, musicians, and entertainers (especially considering the amount of natural talent required to excel in those fields). This led to fatigue, at best, and a limited scope on what I could become, at worst.

Inspiring the emerging next generation of U.S. black founder talent is critical to making meaningful diversity progress as we continue to move into the future.

Traditionally, many successful black young professionals in the United States have not been especially encouraged to take big professional risks—rationally, if black professionals can earn a safe 6-figure salary in tech, their families (who supported and encouraged them their whole lives to reach this point) are reasonably motivated to see them retain their current level of career success in the big corporate job, rather than risk it all to strike out on a limb as a newly-income-free startup founder. So, it is again doubly important to support the talented black founders who do take on major entrepreneurial career risks.

Another key structural inequality to keep in mind is the U.S. racial wealth gap, which creates a different investment landscape for black entrepreneurs—black founders themselves may have less personal wealth on average, yes; but they also often face greater challenges in the early stages of raising that initial “friends and family” round of capital, common before seeking institutional investment. Economic programs that seek to alleviate the racial wealth gap are sure to have measureable net positive-sum impact on new black-owned business creation across the U.S. economy.

The venture capital and tech innovation ecosystem can do a better job to support black American entrepreneurs. While public statements and emerging trends are now beginning to move the dial in the right direction, the tech industry overall is still far from acheiving the scale of meaningful change that would result in real and equitable distribution of opportunity. The key is to continue moving in the right direction, and to not lose sight of the progress being made, or the reasons why shifting toward a more inclusive investment landscape is so important.

The Founder Institute believes that we can all do better to support racial minority founders. We have just released V1 of our new Black American Startup Ecosystem Canvas, are actively soliciting contributions from the public for other resources that should be shared with early-stage black founders in the United States, and are also seeking to partner with organizations working to bring more equal opportunities to black and minority founders.

If you are a founder building a pre-seed stage technology company towards achieving traction or funding goals, apply to the Founder Institute startup accelerator program in a city near you.

Graduates of the Founder Institute are creating some of the world's fastest growing startups, having raised over $1.5 billion in funding, and building products people love across over 200 cities worldwide.

END_OF_DOCUMENT_TOKEN_TO_BE_REPLACED 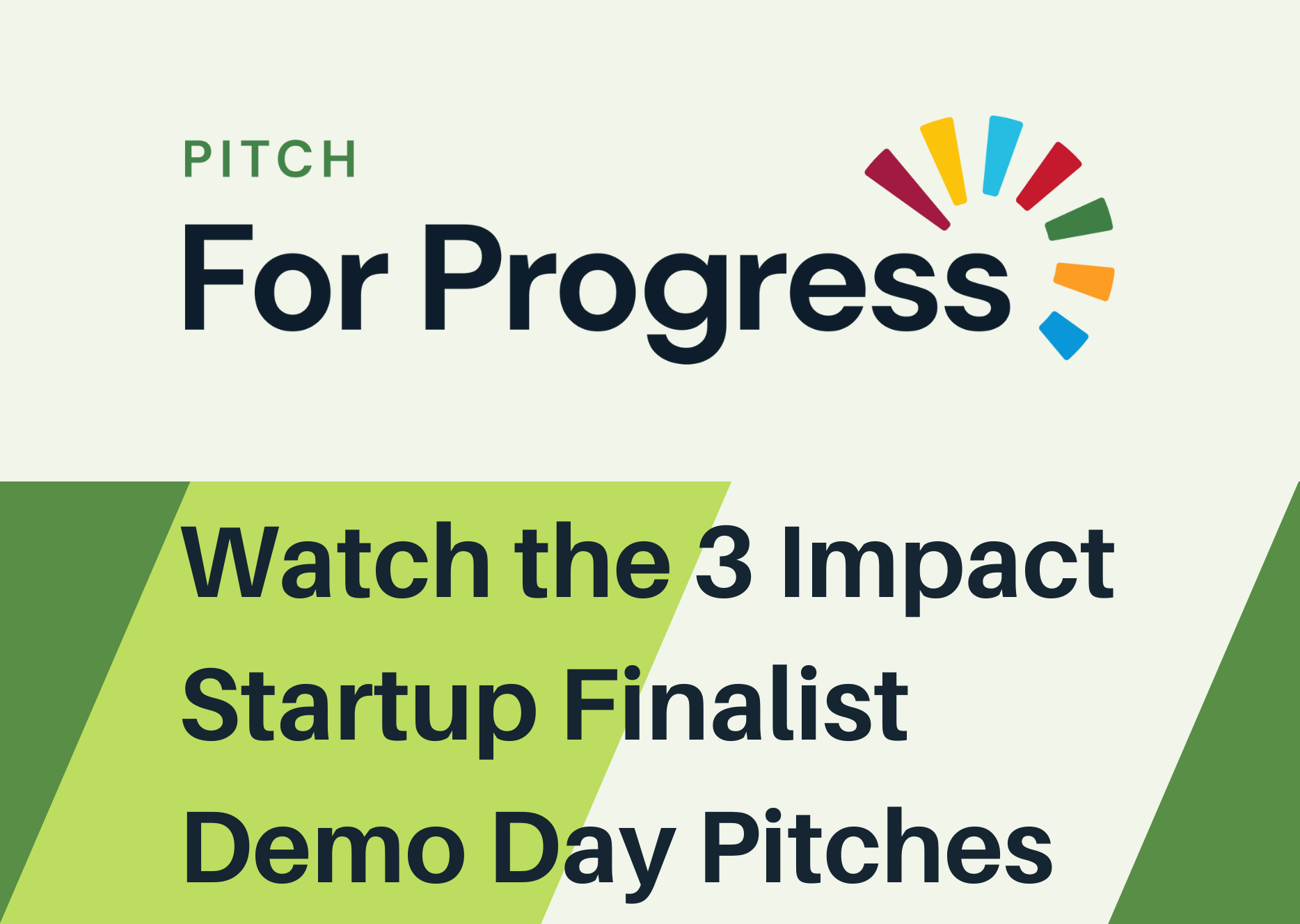 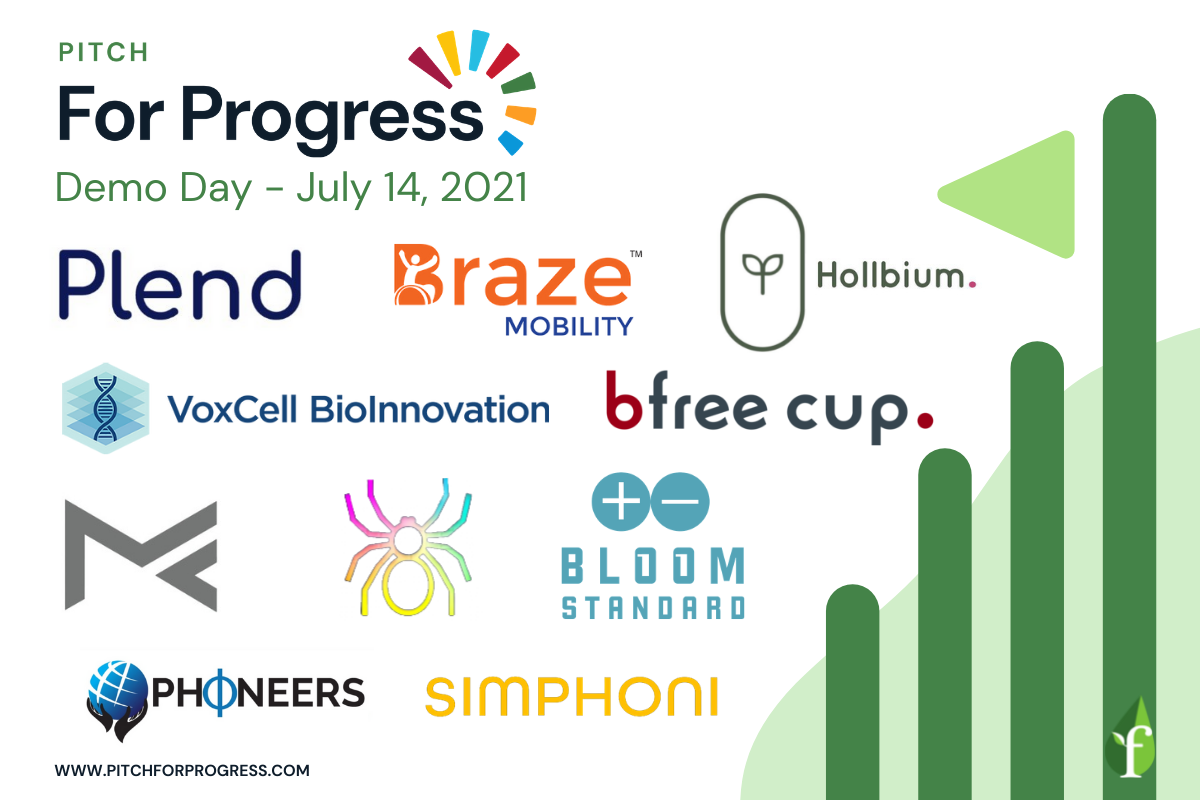 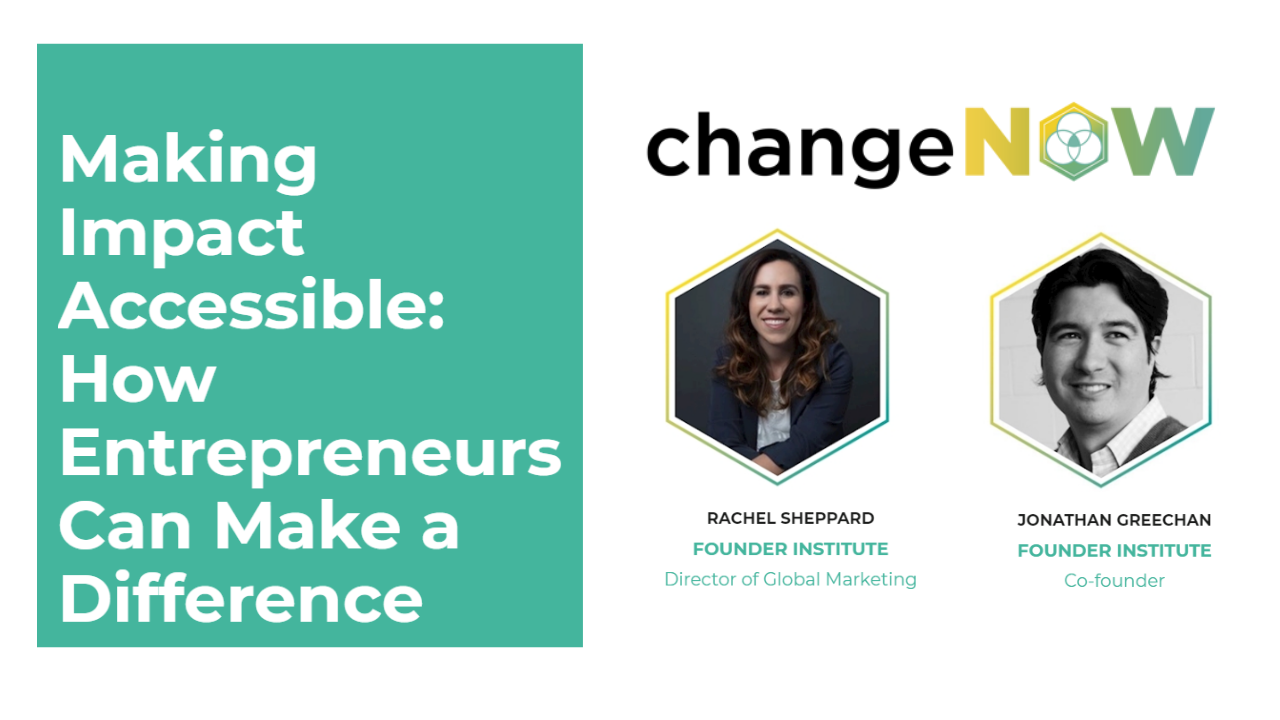 How Any Entrepreneur Can Make a Difference